The long sail down the Gulf of Aqaba and up the Gulf of Suez was a mixture of brilliant and frustrating sailing.  We flew down from Jordan with the wind behind us and little traffic on the water. Once we reached the beginning of the Gulf of Suez things changed and we flogged the 200nm against the wind.
continue reading….

We knew it was going to be a slow final stretch at the end and when we finally arrived we had mixed feelings – one of elation to be in Suez and preparing to head into the Med and on the other hand  sadness that the Red Sea journey was over.  It was Ramadan which meant that nothing was open during the day. The port of Suez is wealthy – we were told the average cost of  ship/tanker to go through the Canal is $1,000,000 and up to 50 ships go through a day… staggering amounts of money come into Suez and the town has benefited. The roads are clean  and well set out.  There are large areas dedicated to the public and a good public transportation service.  We also found out that at the end of Ramadan everything shuts down for a week including the canal so if we wanted to go through it would either be in 6 days or 2 weeks.  We opted for the 6 day stopover as we were very ready for the Med. The red dust had infiltrated everything on the boat and was starting to cause problems with the equipment.

The Suez yacht club is just a small jetty with lots of guards preventing anyone from coming checking our passports every time we went out.  There were two checkpoints and they were pedantic about looking at our paperwork, questioning where we were going and what we were bringing back in. It was a pain, especially as there were only 4 boats and they knew us all anyway! It is run by an unpleasant man called Kaka who we had been  warned about- he demanded two t-shirts from us on day one and was the rudist least helpful Club Manager we have ever come across.  In the end we cancelled our diesel order as he was taking such a huge amount on top of the actual cost which put us  in his bad books and he refused to speak to me again….

We spent a few days exploring Suez, and together with Paseafique, went to Cairo on the bus.  The drama started before we had even left Suez. We couldn’t work out where the bus went from so we asked a guy in the street and suddenly we were surrounded by taxis all wanting our business. They got quite aggressive and eventually a young man came by and told is to go with him in his taxi to the bus station.  He refused our offer of paying and said it was his duty as a good Muslim as they a have to do a good deed every day during Ramadan and this was his!  How lovely..

The journey to Cairo was good with good roads and a modern bus, and the four of us were deposited in the middle of Cairo.

As we were leaving Egypt before Phil and Lesley, we were only in Cairo for one day so we grabbed a taxi and went straight out to Giza to see the  pyramids. They are very impressive and surprisingly uncrowded.  We wandered around being hassled by the touts asking us if we wanted a camel or a plastic pyramid and because it was so hot, we became more and more frustrated with them. There were lots of kids outside the entrance all begging for money which was really annoying and all in all it was such a shame because the Pyramids are incredible but we just wanted to leave after a while. We found an open restaurant  overlooking the site and sat and enjoyed our lunch wishing it wasn’t Ramadan as we really wanted a beer!  We walked a long way back to the station where we met a young army officer who helped us buy our tickets. Again, he refused to take any cash from us and said he welcomed visitors to his country – I said it must be hard for him to refrain from drinking in this heat during Ramadan and he then told us he was a Coptic Christian  – the only Christian officer in his battalion and how hard it was in Egypt not being a muslim. He was a lovely guy and we were again very surprised at the generosity of a people we had been told were all dishonest and unpleasant… In our experience, the Egyptians are sharply divided in their attitudes to visitors. The younger ones are so helpful and friendly and the older ones seem to despise us.

We managed to get back to Suez just on nightfall and of course the streets were alive with everyone coming out to break their fast.  We found a street selling lots of street food and bought an amazing pizza type meal which we ate while we wandered back to the main street. It seems every single person in Suez was out enjoying the evening, with families, young lovers, teenagers and the elderly all sitting  around – real people watching material.

We had arranged to transit the next day with our friends on Caracalito and were both told to be ready for 4am.  Up and eager to go, we waitied and waited and in true Egyptian style our pilot wandered up at midday and clapped his hands saying ‘come on come on – we must leave now….’ as if we were the ones who were late! He was really lazy and just sat at the helm.  Because it was Ramadan we didn’t have to feed him, because we reckon he would have wanted a whole chicken for lunch… He was quite abrupt and never smiled and when we arrived at Ismalia – the half way point where you tie up for the night and swap pilots, he told us our $20US cash and the cap we gave him as a tip was not enough and he wanted $30. He said he wasn’t interested in $20 so I said Ok and took it back. He then decided it was enough and with a sulk he left… He was an older Egyptian!

That night we had drinks on Caracalito and said our goodbyes to Egypt. A short but interesting stop.  We were excited about getting to the Med.

Up at 4am the next morning to be greeted by a smiling pilot this time. He was very enthusiastic  and helpful and enjoyed his job.  We spent about 6 hours doing the second leg, passing enormous tankers headed for Asia and war ships even though we had been told there would be none during our transit. It was an interesting two days but we were very excited when we suddenly spied the Med. It had been a long, hot, dirty,  frustrating and fun journey from Africa but now were were ready for Europe and the convenience of being part of the Western world again.

8 thoughts on “Egypt & the Suez Canal” 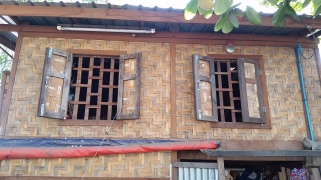